If you’ve finished the twelfth-grade exam, and are confused about what to do after twelfth grade, this post will show you many career options and courses & Jobs after the 12th. When planning to join most of your medical or engineering colleges, we suggest you consider the various options and top courses of the 12th career. 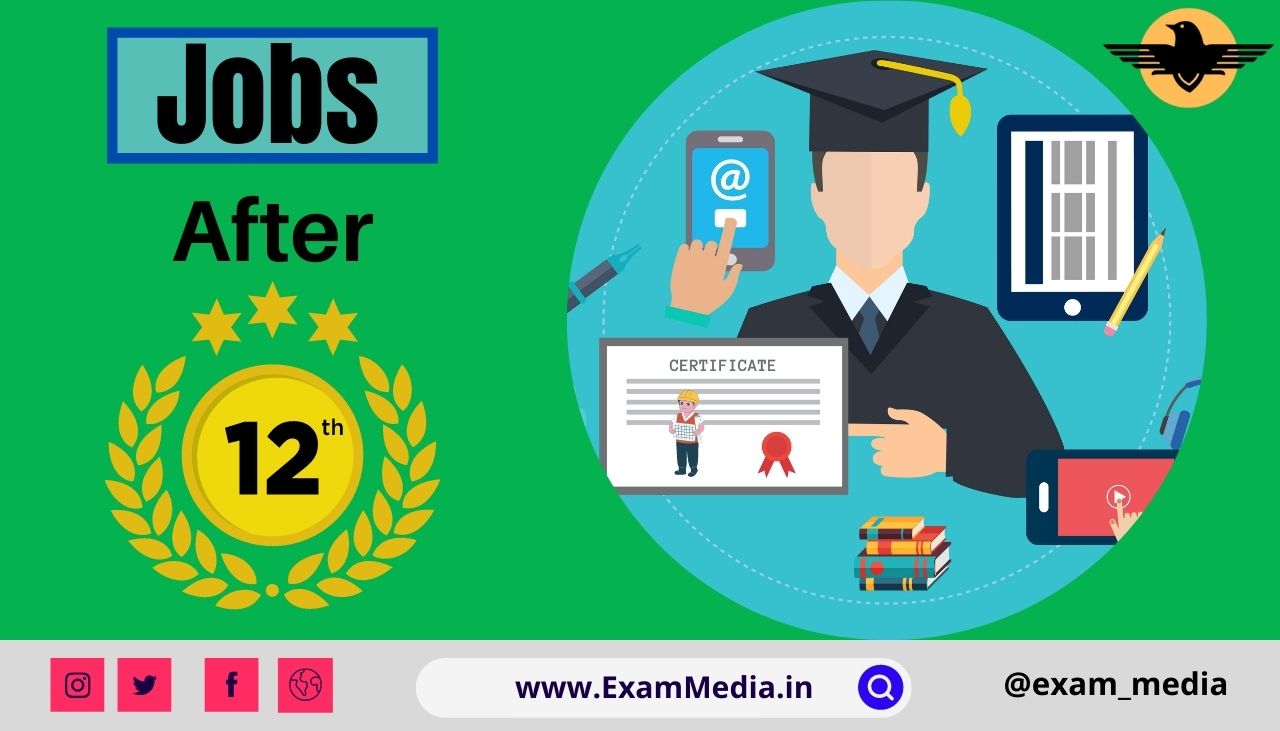 We have many reasons to recommend courses and career options other than medicine and engineering. Again some do not have the resources to find employment or open clinics due to a lack of adequate skills. Most are reluctant to work in rural areas due to the low return on investment compared to education.

We are not opposed to anyone joining a medical or engineering college. Only join a reputable organization if you are serious about your career as a physician or engineer. Otherwise, you can consider this top course after the 12th.

It is possible for any woman or man to become a police constable after completing class XII. This is a highly respected career. It takes a lot of courage, patriotism, and self-sacrifice to work for the welfare of the Indian police force.

We rank Chartered Accountancy as the best career option for any student with the best mathematical and analytical skills.

There is a huge demand for chartered accountants in India. They are also highly respected and make a lot of money. The post-twelfth CA course is highly economical compared to medical and engineering studies.

You can actually take a top course that can help you build a good career in the banking, finance, and insurance sectors in India.

The second option we suggest for any student after the twelfth is to join the National Defense Academy. A bachelor’s degree from the NDA and Naval Academy is equivalent to a bachelor’s degree.

However, there are various benefits to joining the NDA or Naval Academy. First, you join the Indian Army, Indian Navy, or Indian Air Force in a good position.

India is now ranked as the highest power in space science and technology. There is a lot of appreciation for space technology in our country.

Earlier, in 2014, India became the first country to launch the first orbit on Mars at a fraction of the cost of a Hollywood film. You can build a great career in this field on the occasion of top courses after 12th from the Indian Institute of Space Science and Technology (IIST).

This is a very special field that gives wings to your creative instincts and helps in building a bright career. Taking the Fine Arts course after twelfth grade will help you build a great career in most design-related fields.

As Indians are learning about fitness, hotels, hospitals, restaurants, fast food chains, food processors and manufacturers are hiring nutritionists and dieticians. Jobs after the 12th.

You can graduate with a bachelor’s degree in nutrition and dietetics. It’s a top course after twelfth grade and a great career choice.

Creating a career as an airline cabin crew will take you to various interesting places in India and the world. This is a top career that is always in vogue.

Also, there are many great courses that teach you the basics of working as a cabin crew. In India, airline cabin crew are commonly called air hostesses for women and flight stewards for men.

Short courses are available Jobs after 12th to become a cabin crew. Once selected by an airline, you will receive further training. This opens the door to an exciting career that can take you around the world.

A degree in the culinary industry can get you a great job as a chef in some of the top hotels and restaurants in India and abroad. There are two top courses after twelfth graduation: a diploma in culinary arts and a bachelor’s degree in culinary arts.

They teach you how to make mouth-watering food and pastries. Who knows? One day you can become the top celebrity chef in the world and host your own TV show.

After completing your twelfth grade, you have the option to pursue a career in pharmaceutical companies, food and drug administration, and various other government agencies.

There are two top courses after twelfth grade: Diploma in Pharmacy and Bachelor in Pharmacy. India’s pharmaceutical industry is gaining momentum.

The country is being promoted worldwide as a medical tourism destination. Now is the right time to take a pharmacy course.

Despite advances in various scientific fields Jobs after 12th, India still lags behind in forensic science. For countries of size, population, and crime rate, there are only seven central forensic science laboratories that serve the entire country.

This is partly payable because qualified forensic personnel is unavailable. Bachelor of Science (Forensic Science) is available in some of the top universities in India.

You can do this great course after twelfth grade. You can get great work as a forensic investigator with the police department, the National Investigation Agency, and other law enforcement officers in India.

Do you want to be a radio celebrity and entertain people? Certificate courses in radio jockey from some reputed universities or colleges are preferred.

This is a short course of six months duration. But to get a job as a radio jockey, you need great interpersonal skills, voice, and sound knowledge about music.

Unfortunately, educational institutions in India do not offer various metallurgy courses. However, some colleges offer diploma and undergraduate courses in metallurgical engineering.

The field of metallic careers is expanding in India. Metallurgists are employed by automobile companies, mining companies, and government departments. For admission to nationalized banks, you will have to take an entrance test, while private and cooperative banks will hire directly.

More than half of India’s population has become somewhat bilingual. His language skills require equal effort.

The English used in the interview is professional and does not include local slang, jargon, and strong language. In addition, it requires a high-average order of vocabulary and grammar.

These small points are very valuable; No matter how small they look. All these things say a lot about a person. Therefore, they are of great concern, especially to those who want to achieve their dreams and make a difference.

The epidemic has shown without any clarity that private jobs are really risky. Find the number of people who have worked on the epidemic (or any stressful situation in the past) and you will find it. In government service this job is called ‘Security Job Security‘ and once you get a government job it will stay with you until you retire.